Last week I was invited to attend a talk that was organized by Facebook. This was my second time attending Facebook organized event now. The first one (the one I won’t talk about) was really interesting - about CPU Caching and other secret ninja stuff how to write performant code :).

The later one was mainly about having scalable architecture (like hardware) and savings due to their improvements compared to standard approaches. This talk wasn’t so interesting because I am more software guy than hardware (it’s not that I don’t like hardware - I like it, but I find software more enjoyable). 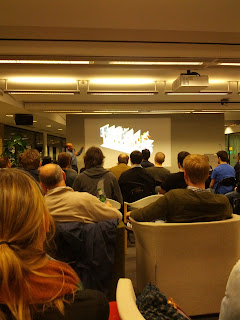 This entry won’t delve any deeper than that in the contents of the talks nor it will be long like others at all. I started writing this post to thank Facebook for organizing this nice event :). Due to events like this I get a chance to get out of home and meet other people with similar interests. Facebook did a good job preparing such opportunity. During event I got to know that Washington state and Washington DC isn’t the same x). Waiting for another one :)